Ensuring your trading system correctly handles differences between the various time zones of users and platforms that compose the entirety of your trading flow are critical. Any issues from an improper time offset could result in various portions of the system being out of skew from reality thus result in trades being rejected. Another issue could come if the effective time-stamp on a trade transaction is off by some hours from reality making it much more difficult post trade reconciliation. Errors such as these could result in regulatory fines and/or impact P&L and customer perception.
To obtain a reasonable level of comfort that your system will not surface these issues, you should test your systems ability to correctly handle the time deltas (offset from UTC) across all supported time zones.

Something to consider:
Due to the differences in when individual countries and or regions change to DST then back off of DST, you will see the time offset between two individual countries change over the course of a year. For instance between New York which is in Eastern Standard Time during the Winter the wall clock time is five hours behind the U.K, until March 9th when the US changes to DST adding an extra hour resulting in a 6 hour delta, until March 30th when the U.K switches to BST (British Summer Time) then the time difference is back to 5 hours different. Then after Summer on October 26th the UK comes off of DST and is 6 hours ahead of New York until November 2nd when New York reverts to standard time and the time delta is back to 5 hours behind the U.K. 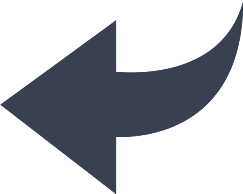 Time travel your apps with TimeShiftX!

Posted in:
Tagged with:
Welcome. This is where we discuss everything from company news to time shift testing information.
Active Directory Linux Speed Time Shift Testing TimeZone Windows
Back to Top